No matter what ambitions or careers goals young people have, they can reach for the stars with an apprenticeship, safe in the knowledge that they are learning new skills, earning a wage, and gaining qualifications at the same time.

Young people can now choose between an apprenticeship or university as equally prestigious routes to a great career and secure finances in the years ahead.

Sue Husband, Director of the National Apprenticeship Service, said: “Apprenticeships deliver for individuals, businesses and the economy, enabling young people to get in and go far with an apprenticeship at some of Britain’s biggest and brightest companies. They can gain the skills and knowledge they need to succeed, in some cases up to degree level, while working and earning.”

Most apprentices (90%) will stay in employment (including 2% self-employed), with seven in ten (71%) staying with the same employer.

A quarter of all former apprentices had received a promotion (23%) within 12 months of finishing, and for intermediate and advanced apprentices, three quarters reported taking on more responsibility in their job after completing their apprenticeship.

And what’s more, employers think that qualified apprentices are 15% more employable than those with other qualifications. And reflecting the value that employers place on them, those who complete an intermediate apprenticeship earn, on average, between £48,000 and £74,000 more over their lifetime than similar individuals with other Level 2 qualifications. Those completing an advanced apprenticeship can earn, on average, between £77,000 and £117,000 more than their peers who don’t do an advanced apprenticeship. Those completing a higher apprenticeship could see increased earnings of an estimated £150,000 over their lifetime– comparable to the same as those for graduates. 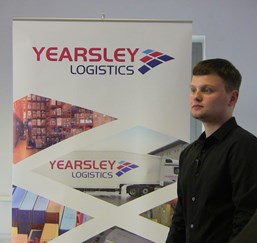